There are many types of ladybird in the UK, but quite recently, a new variety was introduced that has the potential to jeopardise the others. The Harlequin ladybird is found naturally in the Far East, including Japan and Korea. It was introduced into several European countries as a predator of pest insects such as aphids, in greenhouses. However it was soon found living ‘wild’ in Belgium in 2001, in Germany in 2003, and in the UK in 2005. Within the UK, it was first reported in the London area but is now rapidly spreading north and west. At present, it appears likely that the Harlequin ladybird will become widely established in the UK.

Numbers of large ladybirds active on the outside of buildings, and sometimes entering buildings, may cause concern to residents. The peak of this autumn activity is restricted to a few weeks only, but once inside wandering ladybirds may occur on mild days throughout the winter. When disturbed, the beetles produce a foul-smelling liquid, which may also stain fabrics, etc. They do no damage to the building itself.

Being more vigorous than our native ladybird species, there are concerns that it may have an adverse impact on their numbers.

How to get rid of Ladybirds

For properties that have regular problems with ladybirds entering the building, proofing of entry points will reduce future problems.

Ladybirds within buildings may be removed with a vacuum cleaner.

Residual insecticides labelled for ‘beetles’ or ‘crawling insects’ and applied to crevices and entry points around buildings are likely to kill Harlequin ladybirds, but beware; native ladybird species may also be present in the same hibernation sites within buildings.

For a heavy Ladybird infestation, we would recommend you contact professional pest control company, preferably a member of the BPCA to administer a professional treatment to solve the problem. A trained professional will have the technical knowledge and access to a range of professional use products and equipment which are not available to the public.

Having problems with Ladybirds? 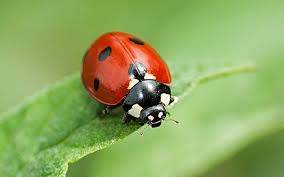 Swipe to scroll
This team have looked after us for a short period but by God they are good, would highly recommend.
Nick P
Andy my technician calls every 6-8 weeks, always has a smile on his face very efficient and reliable.
Ali A
I just wanted to say thank you for helping me out with the problem. Great service also affordable and friendly people.
Mrs T Cloutman
I've worked with the Preventapest team on numerous customer sites, extremely professional and a pleasure to work with. Highly recommended!!
Kelly Rees
My problem was dealt with quickly, efficiently and the guy was very knowledgeable, will definitely use them again.
Dave D
PreventaPest are big enough to cope with whatever we throw at them, but small enough to care about the work they do and I would highly recommend them to anyone.
END_OF_DOCUMENT_TOKEN_TO_BE_REPLACED