Have you heard something rustling in your attic or loft and suspect squirrels? As cute as squirrels might appear to be, they can be an incredibly destructive and distressing pest to have in your home or work. Learn all about grey squirrels in our ultimate pest control guide.

Pest controllers get thousands of call-outs for squirrels every year, and this is in part due to the damage they cause to your home and the noises squirrels make at night – which can be very distressing.

Whether you’re thinking about doing some DIY squirrel pest control, or you’re looking to get a professional pest controller to come out to you, this guide is for you.

Grey squirrels Sciurus carolinensis are invasive pests, not native to the UK.

They were first introduced to the UK from North America in the 1870’s, as ornamental additions to high-class estates and country homes.

Introductions continued until the 1930’s, when the damage they can cause was finally acknowledged and it became illegal to release grey squirrels into the wild.

The dangers: why we control grey squirrels

Even though the grey squirrel is widely appreciated for its grace and ‘cuteness’ by much of the UK – the pest management industry knows that there are times when the lethal control of grey squirrels is necessary.

The grey squirrel is recognised as being in the top worst 100 invasive pest species in the world by the International Union for Conservation of Nature (IUCN).

Here in Britain and Europe, is classed as an Invasive Alien Species (IAS) which is any animal that is not native to the UK.

Because grey squirrels are an invasive pest species, it is against the law to re-release a grey squirrel if it’s been caught alive, per the Wildlife and Countryside Act 1981 and Invasive Alien Species (Enforcement and Permitting) Order 2019.

That means that any person who catches a grey squirrel alive is legally obliged to humanely dispatch it.

As their numbers have increased in the UK, so has the damage they cause. This is where professional pest control comes in.

There are three reasons we control grey squirrels:

Squirrel damage in your home, business and to your health

Grey squirrels can cause damage when they enter roof spaces of houses and buildings. For example, they can:

People also report sleep issues due to the loud noises they make at night while they’re scuttling around your attic.

Squirrels are most active before sunrise, especially in winter. Their peak activity is activity is four-five hours before daybreak.

In gardens and allotments, they can take fruit, raid nests of small birds and dig holes in lawns to bury food.

Signs of squirrels in your home or business

Our figures suggest people have more problems with squirrels during the spring and autumn when they’re looking for food.

These are the seven signs easiest signs to spot when looking for evidence of squirrels in your home or loft.

If you’ve noticed a few of these signs, then it might be time to find a pest control company.

It’s important with squirrels (as with all pest species) that a pest professional assesses whether lethal control is necessary.

In the first instance, proofing such as the guidance in the previous section should be put into place. If this is unsuccessful calling a professional should be your next action.

It’s important to know the law surrounding control of any pest species, which is where a pest management professional comes in.

For example, it is an offence to use or permit the use of a spring trap, other than an approved spring trap, for the purpose of killing or taking animals, as per the Spring Traps Approval Order.

Live capture trapping is what it sounds like - capturing an animal live. This may be used where it would be impractical or against best practice to use another control method, for example where placing rodenticide would put non-target species at risk.

There are several reasons why this should only be done by a qualified pest technician.

Use of poisons (Warfarin only) - these are only to be used by pest professionals and can only be used inside buildings.

The poison is laid in strategic locations, usually in multiple feeding trays and then checked at regular intervals to assess if it has been successful.

It is important to be aware that these poisons can take a few days to work and, in this time, the squirrel may die out of reach. This can cause a bad smell!

Drey poking is especially effective in winter, when all the leaves are gone from the trees and the nests can be seen more clearly.

It involves a team of people clearing the squirrels from an area by disturbing the dreys and dispatching the emerging squirrels using an air rifle.

Other shooting methods may be employed, for example to clear a population residing in your attic before proofing works commence.

Anyone using air rifles and firearms must have the appropriate skills, experience and training to safely carry out control using these devices.

Finding a pest controller to get rid of squirrels 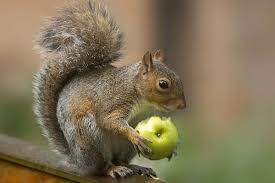 Swipe to scroll
I've worked with the Preventapest team on numerous customer sites, extremely professional and a pleasure to work with. Highly recommended!!
Kelly Rees
Always knowledgeable, on time and professional. Really recommend their services.
Charlie Hancock
I just wanted to say thank you for helping me out with the problem. Great service also affordable and friendly people.
Mrs T Cloutman
Excellent service and I wouldn't look elsewhere. Prompt, friendly and amazing service!
Tom J
Have been working at an office where these guys call and to be honest they are great.
Andy H
No complaints, really good service, have used the company for years, amazing.
Lian F
END_OF_DOCUMENT_TOKEN_TO_BE_REPLACED